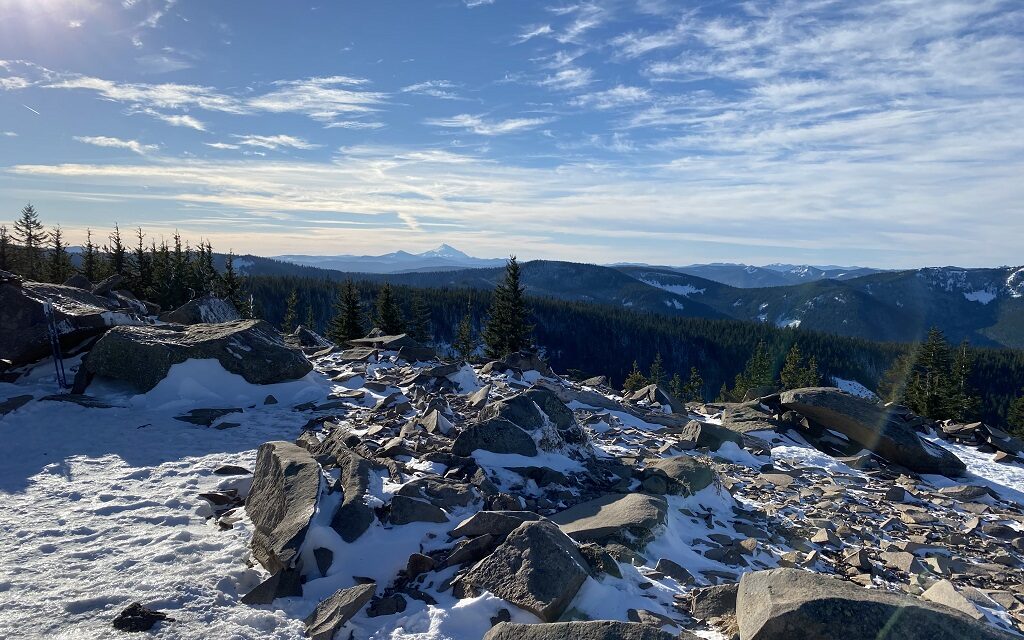 Winter hiking can be spectacular – and today was no exception. The hike up from the Mirror Lake trailhead to Tom, Dick & Harry Mountain is a great introductory winter hike. The overall trip is an out and back – and depending on which of Tom, Dick, or Harry you visit it’s between 7 and 8.5 miles round trip. In the summer months, you can make this a loop and descend through Skibowl back to the trailhead.

Recently the Mirror Lake trailhead was relocated to the south end of the Skibowl West parking lot. This certainly makes it easier than parking along Highway 26, but also means that you need to get there pretty early. This is a very popular trail and the parking lot fills up quickly. In winter there can be competition from skiers and in summer it can just get very busy. We got there at about 8 am and there were just a few cars in the lot. However when we returned just after 12pm the lot was full and folks were cruising for spaces.

The trail starts off on a wide, well-traveled trail. The snow was well compacted and there was no need for snowshoes or microspikes. For the first 1/2 mile or so the trail gently rises, crossing a few small creeks, spanned by bridges. With the snow and the morning sunlight, very picturesque, idyllic for Christmas Eve. After about a mile we crossed Camp Creek, which is the outflow from Mirror Lake. In the first mile, the elevation gain is probably only 200 feet or less.

The next mile rises a little more steeply. There are several light switchbacks. This goes on for another mile until you arrive at Mirror Lake. There is a trail junction. To the left is the trail that circumnavigates the lake and to the right is the trail to Tom, Dick & Harry Mountain. We took the trail to the right, which led by the lake and gave some great views of the mountains. The lake looked pretty frozen, but in the morning light, we could just about see the three peaks, Tom on the left, Dick in the middle, and Harry on the right. It’s an odd-named set of peaks – here’s a little more of the history behind the name.

After Mirror Lake the trail rises more steadily. It became narrower and less well compacted. We decided to switch to snowshoes. Not that it was strictly necessary, and partly because we have not done much snowshoeing so it was a good time to practice a little. We both have Cascade Mountain Alptrek Snowshoes and these seem to work well for us. However, it would be perfectly navigable without. After Mirror Lake there were far fewer people on the trail.

As the trees thinned a little the trail opened up and a little more of the morning sunlight streamed through. From the lake to the summit was only about another 1.5, although the elevation gain was a little over 600 feet.

The view from the summit was spectacular. To the North was of course Mt. Hood, and also Mt. Adams, Mt. Rainier, and Mt. St. Helens. Timberline Ski resort could be clearly seen, as could ZigZag canyon. Just to the right were the sister peaks of Dick and Tom.

To the south were the Salmon Huckleberry Wilderness and Mt. Jefferson. We spent some time at the summit. The weather was perfect and the views outstanding. While Hunter (yes Hunter came for the hike too) was investing, we took the opportunity to try out some new trail food. I’d brought a Knorr Rice Side with us. I’d wanted to try one of these as an alternate to Mountain House. It’s a lot cheaper but requires a little careful cooking – as it needs simmering for 7 minutes, which is quite a challenge on a BRS3000.

The food tasted great, but boiling and then simmering the water/rice for 7 minutes used quite a lot of fuel. It used 16g of butane just for one meal – compare this to a single boil on a Jetboil for 2 cups of water being about 4g. You can see my comparison of the BRS3000 & Jetboil here.

Officially the trail peters out here and becomes a little more of a scramble to Dick and Tom. That’s a hike we’ll do in summer.

To keep track of the amount of butane left in a cylinder, when you get back, weigh the cylinder and write the weight on the bottom with a Sharpie. A 4oz can has 100g of fuel (just mixing units) and the canister weighs a 100g. So the total new weight is 200g, as you use it, you can easily work out how much you have left knowing 100g will be empty (just the weight of the canister). 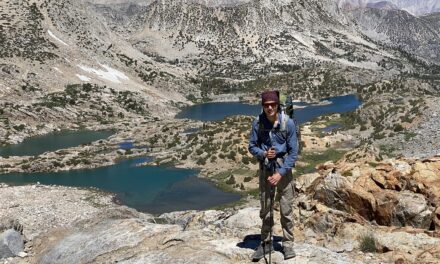 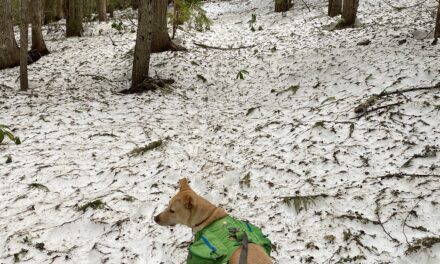 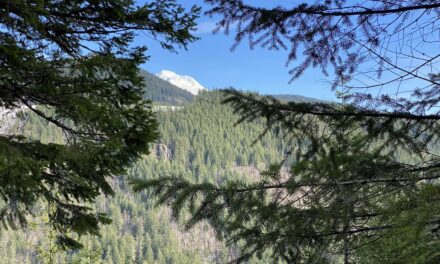 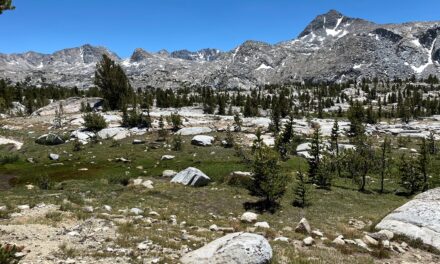