Whippet – better to have a self-arrest pole than an ice axe? 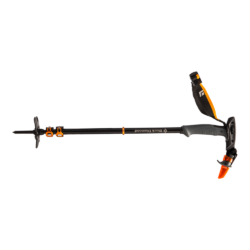 Well if you’ve been following events – I have a little time on my hands. Now just before I went into surgery I had been listening to some fireside chats with Ned Tibbits. I’ve been an admirer of the information that Ned provides the hiking community on several Facebook groups, especially around snow travel and river crossings. He’s currently doing a series of Podcasts with Thru-r. (Great podcasts on river crossings and snow travel – I was actually hiking through the Deschutes National Forest during Ned’s first podcast, crossing rivers – how apt). I’ve been looking for information on a whippet versus an ice ax for a while.

In his podcast on snow travel, Ned talked about the benefit of having a self-arrest hiking pole, like the Black Diamond Whippet over an ice ax. I’d been thinking of getting a Whippet for my JMT thru-hike this summer. I’d been looking for some feedback on whether that was a wise decision.

Ned confirmed my thoughts – it’s much better to have a device that’s always in your hand in case you slip on any patch of snow. An ice ax is a mountaineering piece of equipment. Often it can be strapped to your pack when crossing small snow sections. I’ve done some self-arrest training before (for a Mount St. Helens climb) so my only concern is whether the Whippet is sturdy enough to for a self-arrest. Ned’s opinion swayed me.

Whippets are definitely difficult to come by at the moment. It’s a little easier to find the head attachment than the pole and attachment. Also, there are very few competitors to the Whippet – it doesn’t seem like a lot of manufacturers have decided to support this type of product. After a little bit of searching, I actually found a couple at one of our local outfitters – Next Adventure.

It’s clearly going to be a while before I get to take the Whippet out for a test run – and I hope to do that before the snow leaves Mount Hood. Although that shouldn’t be too hard – there are plenty of hikes that are now covered into May.

So far so good. The Whippet comes in 2 varieties; Aluminum and Carbon Fiber version. I’ve also heard mixed reviews of the best material for a hiking pole. Some say aluminum, although not as strong, is easier to repair in the field. Carbon Fiber when it’s over-stressed will simply break rather than bend.

The head of the Whipper is detachable. So when it’s not needed can be easily stowed in my backpack somewhere. When attached it forms a firm attachment with the pole. The head of the Whippet only has a pick, there is no real adze. However, the pick end has an extra perpendicular metal edge that will also help in the arrest. The head attachment simply screws into the top of the hiking pole.

The hiking pole alone is relatively heavy at about 10z. My normal poles are more like 7oz (Cascade Mountain). I suspect for the majority of the hike One of us will have to have 2 Black Diamond poles and one 2 Cascade Mountain – just to even the weights out.

It’s clearly too early to say whether this will work well for me (and Keenan) – however, I think this is a better idea for us than ice axes for our JMT hike. If it ends up being a heavy snow year where we really would need ice axes – we are likely to make a replan anyway. For the small sections where anticipate snow – I think the Whippets will be perfect. 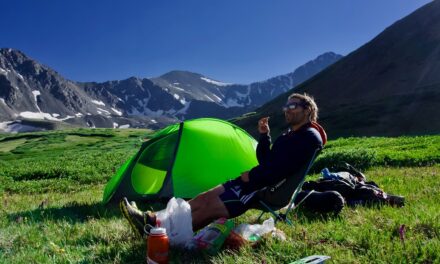 Best New Hiking Gear For The JMT – Updated for 2022 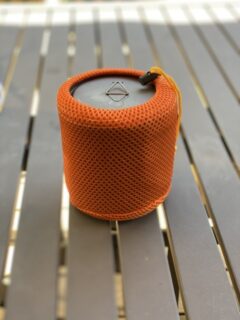 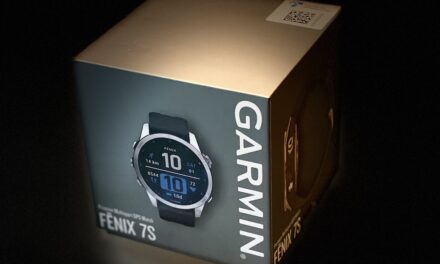 The end of Viewranger, a broken watch and a Birthday – GARMIN Fenix 7s