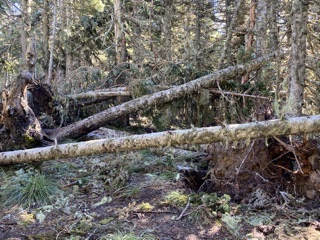 The winds over labor day weekend were historic. In addition to whipping up forest fires that rapidly spread across many areas of Oregon, the winds took out many trees in unburnt areas. Mount Hood National Forest was completely closed for a couple of weeks as work continued to fight fires. However, portions of the forest opened up on the 25th of September including the Timberline Trail. There was a warning from the forest service that although open, many of the trails were impassible. Hunter & I decided to check out a small portion of the trail to see the situation for myself. Top Spur towards Cairn Basin is a short section of the Timberline Trail with a total distance of about 8 miles, with many blowdowns!

At the intersection is the Wilderness permit box, so we dutifully filled out our permit. I didn’t have a particularly strong itinerary in mind, this trip was really just to check out the trail conditions. There are four trails that meet at this interchange and it‘s pretty confusing what trail goes in which direction. Northbound PCT heads towards Lolo Pass, Southbound PCT towards the south crossing of the Muddy River, clockwise Timberline Trail heads towards Cairn Basin, and counterclockwise down towards Ramona Falls.

We headed off in this direction, After just a couple of hundred yards, we turned the first corner and had spectacular views of Mount Hood. These never fail to be awe-inspiring. The weather for hiking was perfect with clear blue skies and just wisps of cloud above Mount Hood.

Just a short distance further and the cutoff trail cuts left across a low saddle just to the east of Bald Mountain. The cutoff trail is marked but also fairly easy to miss. It’s just a short couple of yards across the saddle before the trail rejoins the Timberline Trail clockwise. So far no problems, the trail was in good shape.

Heading towards the Mazama Trail

Back on the Timberline Trail heading clockwise, the trail passes the McGee Trail and then starts to rise steadily for the next 2 miles, from 4400’ to 5320’. As we hiked up the trail there were a couple of blowdowns, but nothing too difficult to navigate over.

The trail at this point was as spectacular as ever, rising slowly, sunlight streaming through the trees.

There were occasional sections of light blowdowns which were usually easy to navigate around by just skirting off the trail and then rejoining again. However, after about a mile was a section where the wind had clearly ripped through the forest. You could see many trees had been blown over and then there was a section of the trail that pretty difficult to navigate.

Many blowdowns obscured the trail completely. This created three challenges; keeping track of the trail, getting around the blowdowns, and finding a route where Hunter could also navigate. It’s surprisingly easy to lose track of the trail when it’s completely obscured. As you navigate around blowdowns, you can easily get further away from the trail. Most of these blowdowns were pretty low so climbing over them was possible.

This was the only really difficult section on this section of the trail and although tricky was definitely passable. After this section, the trail opens up with some great rest spots with fantastic views of Mount Hood. Plenty of great camping spots if you were going to backpack. There is the simple crossing of McGee Creek, the difficult end of the McNeil Point trail (Trail #600M), and the ponds where the Timberline trail drifts off to the right while another trail (which we took) runs past the ponds and then meanders around before joining the Mazama Trail, before rejoining the Timberline Trail for the return journey.

After returning to the Timberline Trail, we had covered about four miles. This was about as far as I wanted to go so we returned to make the trip about an 8-mile day. Returning was pretty much as expected. We still had to navigate the same sections of blowdowns.

At the cutoff trail, I decided to carry straight-on and just return the remaining 0.5 miles directly to the trail interchange.

I’d basically call this piece of trail totally impassible. There were many large blowdowns lying along the trail, with many on top of each other. There were several times we had to climb on a trunk and ended up maybe 15-20‘ off the ground. Finding paths where Hunter could jump around was really challenging. When we cleared one section we were treated to another. It easily took over an hour to cover the 0.5 miles.

This was definitely one of those difficult decisions where turning around might have been a better approach. In the last 100’ someone had cleared a single tree from the trail with an ax – little did they probably know that to clear the rest of the trail would be impossible. I suspect this section will remain uncleared for a long time. The good news is the alternate is easy and not really much longer.

It’s always good to get back on the trail and the weather for this hike was great, Top Spur is easy to get to – but the many blowdowns on the trail will take some time to clear. 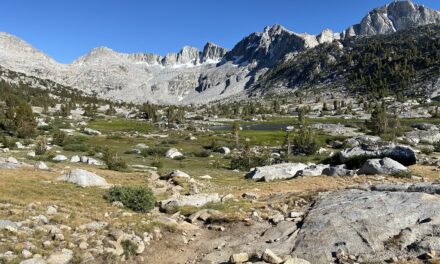 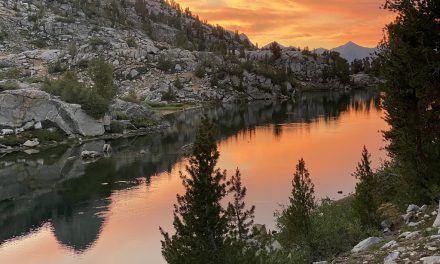 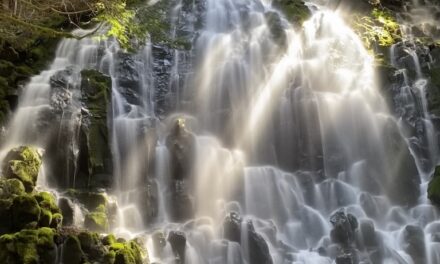 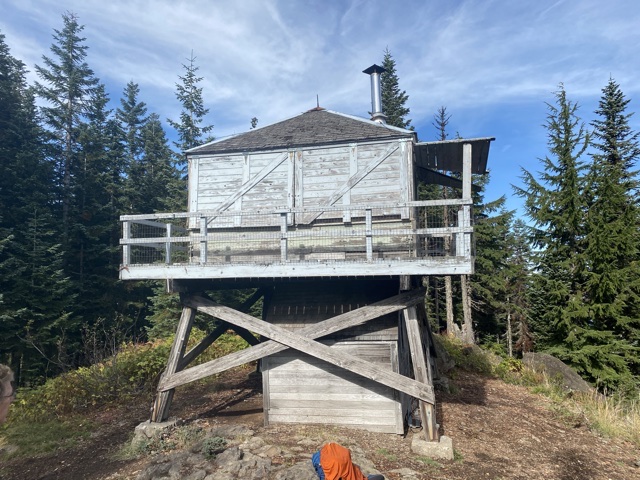