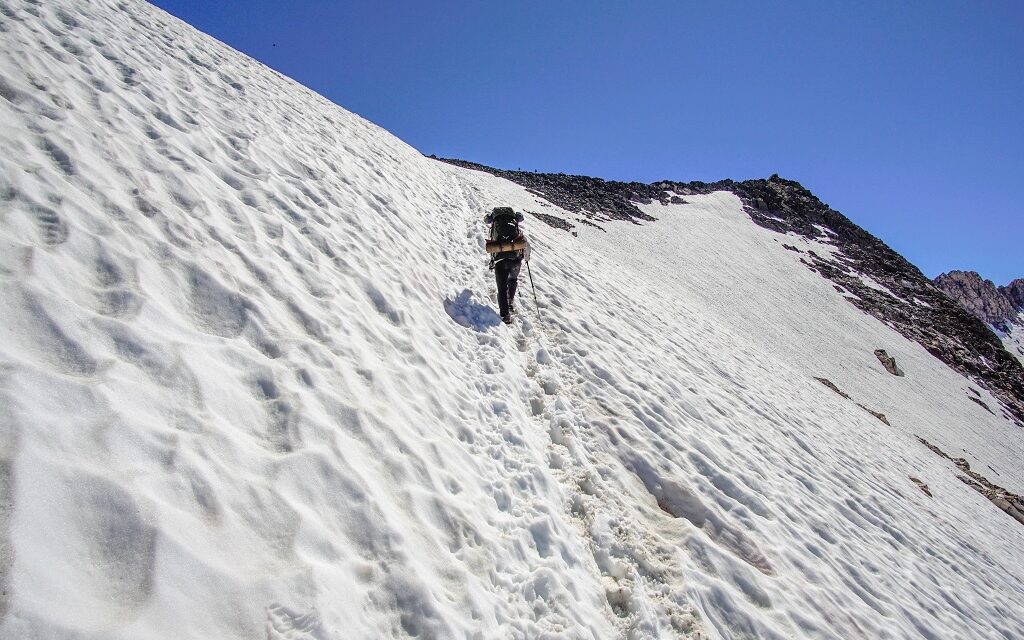 I often see this question asked about this time of year. You’ve just got a permit for the JMT but now you wonder whether it’s too early? What will the snow be like? There is no right answer to this question. And much of this will depend on your own personal comfort level for traveling on snow and crossing creeks – the two largest concerns of a snowy year. 2022 is looking like a heavy snow year. Parts of the Sierra are already recording a record – the Central Sierra Snow Laboratory of UC Berkeley has recorded record snowfall at Donner Summit.

Is there a relationship between early snowfall and what the hiking season will look like in June or July? On average when can you expect the passes to be snow-free on the JMT? There is a lot of numerical data that you can look at that will give you some good ideas of what you can expect. Postholer has great data on snow levels on the JMT.

However often it’s good to be able to visualize this more directly. It’s also worth noting that the snowiest week in the Sierra is typically the first week of March. So it is really important to keep an eye on the snow levels as they develop through the winter and spring.

Here we take a look at the last five years and focus on the snow level at Muir Pass. I’ll take a look at overall whether the snow year was a low snow year and what the snow looked like at the start of the year and then at the beginning of June, July and August. As these are based on visual images, the sky had to be clear and so there will be some variability on the exact dates. You can select the gallery images to see the full-sized image – just click towards the top of the image.

With record snowfalls in December of 2021, 2022 is looking like a high snow year. It really is too early to tell. However, if you look at the snow data above, years that have started off with this amount of snow by the end of December, have historically, always ended up as being high snow years and we are now well above normal.

As a baseline for 2021, the satellite photo above is centered on Muir Pass. Helen Lake is about the only none frozen body of water. Wanda Lake is completely covered and the Sierra look to be in deep snow.

2021 was a low snow year. This is the year I completed the JMT. We went NOBO and left Horseshoe Meadows on the 7th of July. However, we did not see any snow on the trail and water was already getting a little scarce south of Forrester Pass. Creek crossings were easy – Evolution Creek being the only crossing where our feet got wet, all the others were rock hops.

At the start of last year, the snow level in the Sierra was visually a little less. The high passes are still covered completely. The real difference in 2021 was the lack of snow through the later winter and spring seasons.

By June the high passes are still snow-covered. Helen and Wanda Lakes are only just beginning to thaw. It looks like there would be a reasonable amount of snow covering the trail through Evolution Basin. As this is well into the thaw the snow was likely soft and setting up for passes would need an early start to have some firmer footing. By July the trail is clear and by August the Sierra was pretty much devoid of snow.

Some of the traditionally more difficult creek crossings, like Bear Creek, were no more than rock hops and Evolution Creek was only calf-deep.

2020 was also a relatively low snow year. By mid-July, even Mount Whitney was snow-free, with a small amount of snow on the approach to Forester Pass.

In contrast to 2021 and 2020, 2019 was a very high snow year. Note that a lot of this snow developed later in the season. In the early part of the season, the snowpack was substantially below where we are today. 2019 was a substantially more challenging year – with snow on the high passes through into August. Long traverses over sun cups and more challenging water crossings. Andrew Skurka has some great info on the high sierra conditions for 2019 (and 2017) and what the high snow levels meant for hikers on the JMT.

The current record holder for a high snow year!

As more hikes look to get out and about in the backcountry, there seems to be a trend to starting out earlier. This may be due to the availability of permits or the challenges of navigating wildfire smoke later in the season. However traditionally any earlier than mid-July can involve a good deal of snow navigation. In a high snow year you can expect the snowlines will be low in elevation, something more like 9500 feet in May, 10,500 in June, 11,200 in July, and maybe 12,000 feet in August (snow on the passes all summer, or at least ’till September some time). That being said there are a wealth of resources that can help prepare you for a snowy hike.

Here is a link to a pretty live (within a week) of the JMT path overlaid on the latest satellite image. It won’t be a huge amount of value until later in the season. 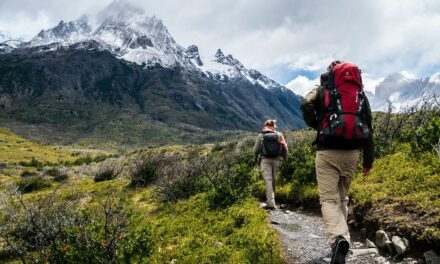 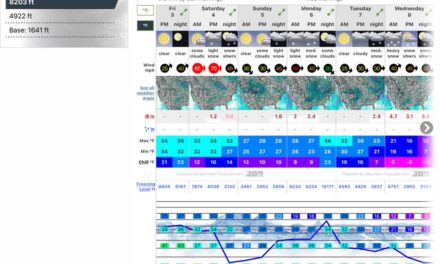 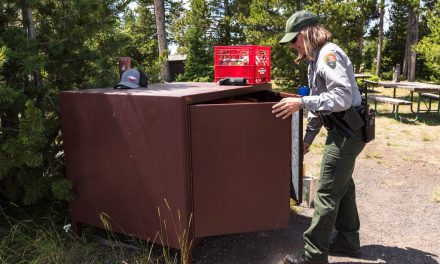 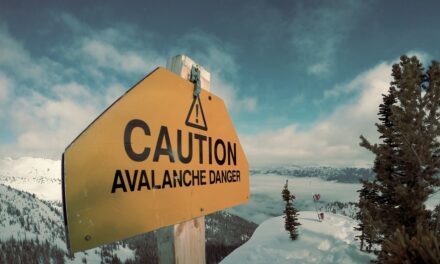