How much fuel do you need for the JMT? 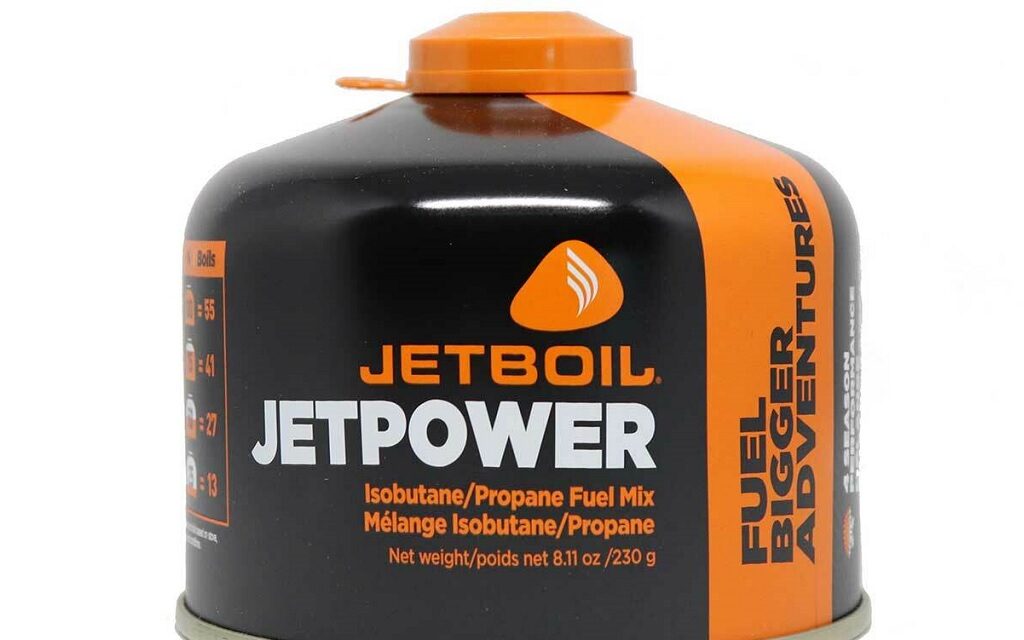 Of course, the answer to this common question is “It depends”! Even so, this is a common question and concern, as is how to refuel along the way. So the quick answer to how much fuel do you need for the JMT is – two of us completed the JMT in 18 days and used one 8oz canister. There are quite some different varieties of fuel that you could use for a backpacking trip. I’m only going to talk about canister stoves, partly because these are the most popular and mainly because this is what I have the most experience with. So what factors impact how much fuel you’ll use?

Very often you’ll be using the stove just to boil water to rehydrate meals. This is the most common usage and the easiest to calculate. In good conditions, a 4oz canister will give you about 25 cups of boiling water and an 8oz canister about 55. It’s pretty easy to make an estimate of how many cups you will need a day and then get an estimate of how many canisters you’ll need. However, this is probably a worst-case estimate (which is good) and there are ways to cut this down. Rehydrating food is different from cooking food. And most dehydrated food will rehydrate in cold water – it just takes a lot longer. However, if you start to rehydrate food in cold water it’s often only necessary to heat it to eating temperature rather than to boiling. This tends to mean not eating out of a bag – but we generally cooked in the pot rather than a bag anyway. For drinks, it’s also not always necessary to use boiling water – a good saving.

There is a good debate on the type of stove and the weight of the stove. I’ve written about some of these tradeoffs in the past. General complete systems (like a JetBoil) are heavier but they are often more fuel-efficient – sometimes by a long way. Complete systems also tend to be more predictable especially in wind and don’t require a windshield. For this trip, our primary stove was a JetBoil Stash. Luckily as we were two people we could also take a backup stove (which was super lightweight – based on a BRS 3000). The Stash is about 8oz in weight but has the efficiency of a typical JetBoil system.

One great tip is to insulate. I insulate the pot. For me, this helps both save fuel in heating the water and as I cook in the pot keeps the contents warmer after cooking. Many folks make a cozy that they can place their food bag in. Darwin has a good example of making one.

At higher altitudes – water boils at a lower temperature. So at sea level water boils at 212 degrees Fahrenheit (100 degrees Celcius). For every 1000ft of gain, water’s boiling point drops by 1.8 degrees Fahrenheit (1 degree Celcius). So at 10000 ft – where much of the JMT is – the boiling point of water is around 193 degrees. This has two impacts – you actually need less fuel to boil the water but also the lower boiling point means it will take longer to rehydrate food. How much less fuel – well maybe as an estimate about 10% less (assuming it’s 40 degrees outside). How much longer to rehydrate food at 10’000 feet the recommendation is to add an additional 5 minutes.

My Experience on the JMT

We hike Nobo and set out with an 8oz and 4oz canister. The longest stretch we had was from Horseshoe Meadows to Muir Trail Ranch. I had planned the entire food menu for the trip and had basically planned on:

So approximately 5 boils a day. I was really just making sure I could get to MTR so around 50 cups of water to boil – Jetboil reckons that you can get 55 so that would seem fine with the 4oz canister for backup.

One change that happened very quickly is I gave up on coffee maybe after the first day. We really just found it better to grab a bar and get on the trail. Secondly, the evening drink was not a boil – we would have apple cider or hot chocolate but only really heat the water to a hot drinking temperature, which is probably something like 160 degrees. Finally, we tended to soak donner for a while and then just heat it up. This seemed to work really well, particularly for the food we prepared at home. So rather than the estimated 5 cups a day – we were probably more like 2.5. By the time we got to MTR we were still only halfway through the 8oz canister.

We really didn’t have a problem with altitude. The temperature probably never dropped into the 30s. Lighters and stove all performed flawlessly.

In the end it’s not so hard…

It’s definitely difficult to predict how much fuel to take, and there is definitely a tendency to err on the side of caution. Remember thou that all the major stops on the JMT seem to have canister fuel for sale – although always good to check (and remember in 2022 the Tuolomne Store is being moved as they remodel the camping area). 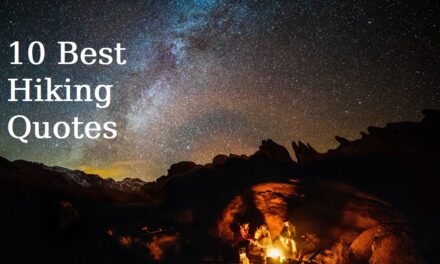 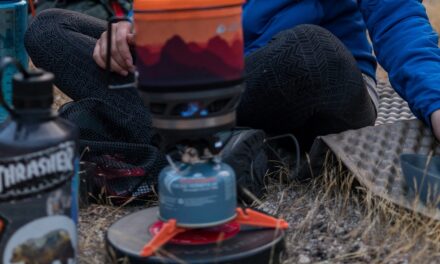